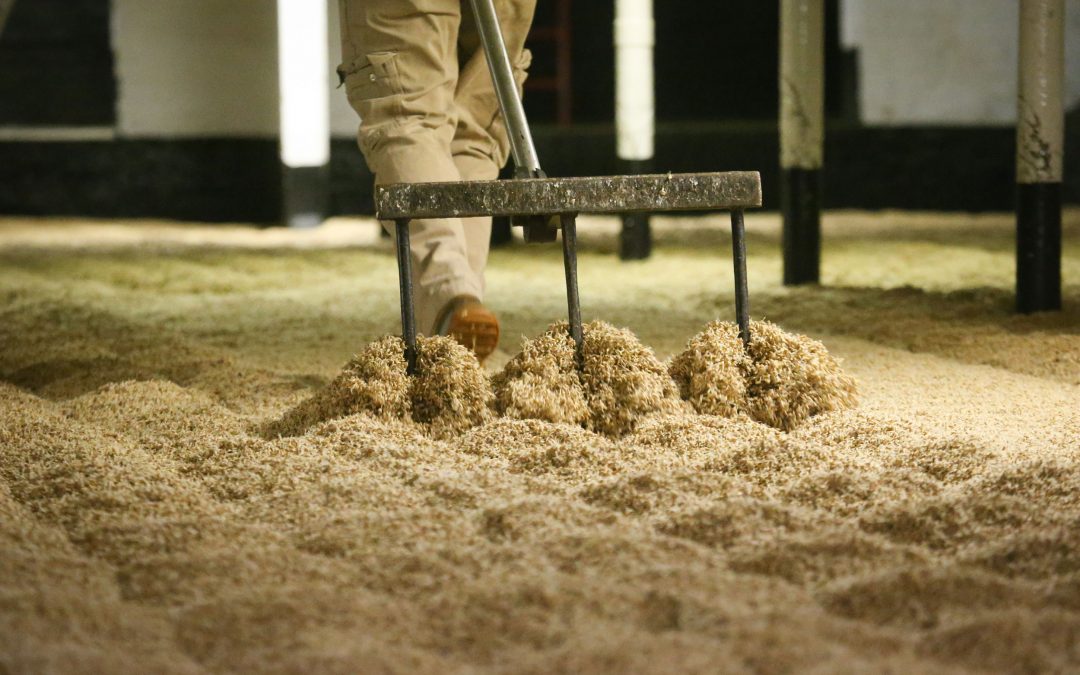 The Price of Good Cheer.

Despite the announcement of a 3 pence cut in the price of a pint of beer, made last week by Rishi Sunak in his Autumn Statement, I suspect the cost of a pint is actually only set to increase. But only along with everything else. However, as far as beer is concerned, not all of the blame is to do with Brexit and Covid, although both are, of course, implicated.

From our perspective at the Maltings, one particular feature of any price increase is the price of barley, up more than £100 per tonne on last year. When you turn that into malt, that straight away becomes £125 per tonne (1 tonne of barley makes 800kgs of malt). That is roughly equivalent to  cancelling one of those pennies offered to Rishi Sunak’s rhetorical pint!

This year’s price of barley is not so much a feature of our harvest, which was good, but a feature of poor barley harvests in France and Denmark, and in particular in Canada, normally a major source of malting barley for the international market. This has come at a time when international stocks of malting barley are low, and global demand for malt is now careering up!

But the price of barley is just one element we are having to factor into our new Price List for 2022. We have to also take on board the price of energy (gas and electricity) – we use a lot of gas – the increased cost of freight, together with rising wages precipitated by soaring vacancies in the Jobs Market. As if all of that is not enough, we also have to cost in the introduction of a Plastics Tax early next year!

Our malt sacks, manufactured in India, are plastics based. To avoid the new Tax, we have to demonstrate that our sacks are made of at least 30% recycled plastic. The problem is that plain recycled plastic is just not strong enough to incorporate into our sacks, and, currently, the cost of modifying it for purpose would be greater than the Tax. No doubt this Tax will provide the incentive for change in due course, but meanwhile we will just have to pay up!

Of course, all this extra cost above is just the first part of the brewing process. At the brewery, our customers are also impacted by more of the same – energy, freight and wages – and, I understand, sourcing both glass, and aluminium for cans, is proving challenging, quite apart from carbon dioxide which we all know about.

But, dare I suggest, after all we have had to put up with this last 18 months, a few pence on a pint of beer should surely be the least of our problems. After queuing for an hour for petrol, then adjusting the grocery shopping around empty shelves in the supermarket, surely the absolute “last straw” would be to get home and find the pub has no beer!

“Beaven’s Plumage Archer” barley, the first ‘genetically true’ variety of barley in the world, first bred by Dr Beaven here at Warminster in 1905, has produced some particularly good-looking samples this year. I would go as far as to say, a parcel grown at Lower Swell on the Cotswolds, is one of the finest samples of malting barley I have seen for a very long time. It is a positive joy to behold!

Today, the variety Plumage Archer is referred to as a “heritage variety”, as is, by some, Maris Otter (bred in 1965). Both barley varieties deliver pronounced flavour, something which is common across most heritage varieties of both barleys and wheats, and something which, sadly, is noticeably absent from almost all modern varieties. There is a very good reason for this.

Modern varieties of cereals and corn (maize) in particular are all bred for farmers first and foremost. That means firstly they are bred for yield, followed by disease resistance, earliness of ripening, stiff straw, and, of course, their ability to respond to the high input of nitrogen fertiliser. That in Britain, since 1965, all Plant Royalties payable on new varieties are paid by farmers, only  serves to underline the plant breeders focus (Maris Otter was in front of this). The outcome of this, for over 50 years, suitability for malting or flour milling has largely been achieved by default. 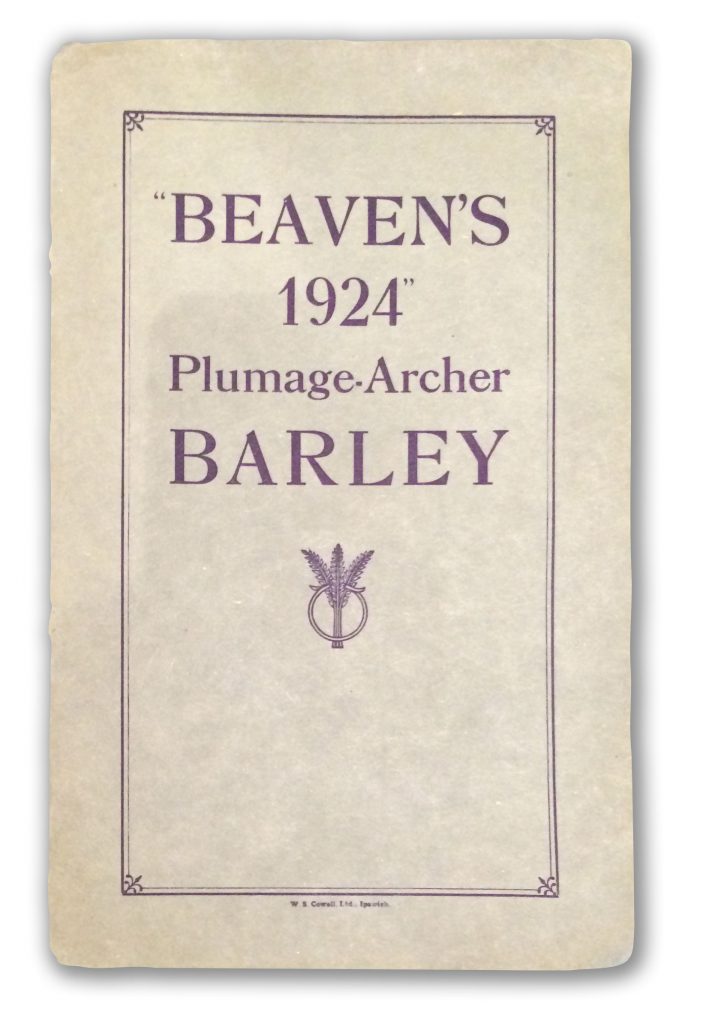 Heritage varieties, on the other hand, were always selected for pronounced flavour, because they were destined to be food, and back in the day when food was unadulterated by technology, that really did matter. I have understood this for a very long time, but I am delighted to be reminded of it all in a book I am currently reading, ‘The Third Plate’, written by Dan Barber, a celebrity chef from the USA. 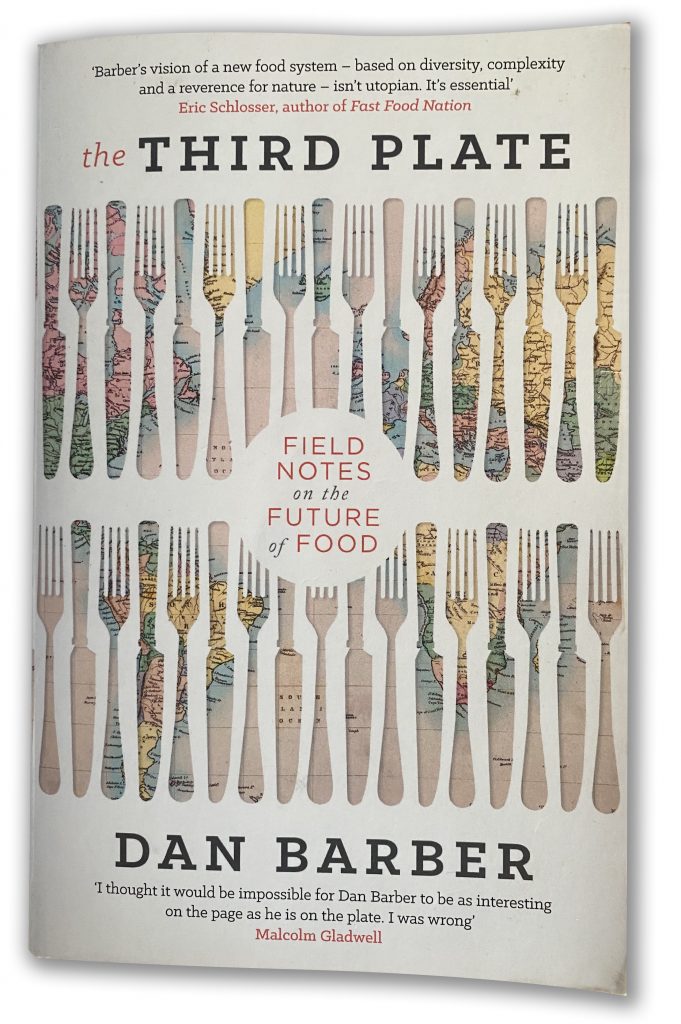 Dan’s book, published in 2014, is an in-depth pursuit of what delivers flavour in wheat and maize in particular, and while he reaffirms my own view on heritage versus modern varieties, he also makes another very valid observation. Any flavour in cereals is really best experienced when the grain is grown naturally (no artificial fertilisers and pesticides) on healthy soils rich in micronutrients. So, in most cases, not all, what we are talking about here is Organic!

Well, coming back to the beginning, all our “Beaven’s Plumage Archer” has been grown Organically, so it ticks all the boxes that should deliver outstanding flavour. We do not have a lot, and it is quite expensive because the economics of growing this barley commands that. But, the good news is, the farmers who grow for us are all set to plant again next year. This will give us continuity of availability, which I am sure we all agree is important.

(P.S. We also have available Organic Maris Otter from a core of Organic growers who, too, are committed to year-on-year production).

I make no apologies for “climbing on the bandwagon” of the ‘leader’ article in Country Life magazine on October 13th, in the wake of the latest London Craft Week (4th – 10th October). It makes the point that it is possible to make “a real and distinctive connection” with products made by hand, as opposed to “the anonymity of the mass produced”!

The article goes on to explain that the wider appreciation of ‘craft’ today, is, perhaps understandably, surprised to learn that “a great deal of modern craft combines highly skilled manual techniques, with computer aided manufacture.” It goes on to point out “The use of electronic devices allows craftspeople to delegate stages in the production process to machines, as they focus their skill, time and energy where it matters most”.

All of this, of course, is exactly what happens at Warminster Maltings. The focus of the maltsters’ “skill, time and energy” is on the germination floors, over 5 days, and is the key to the superior quality of our malts. When we have got that right, our modern ‘state of the art’ kiln can be very easily pre-programmed to do its job, mostly overnight, and in the morning we have another batch of finest quality malt. 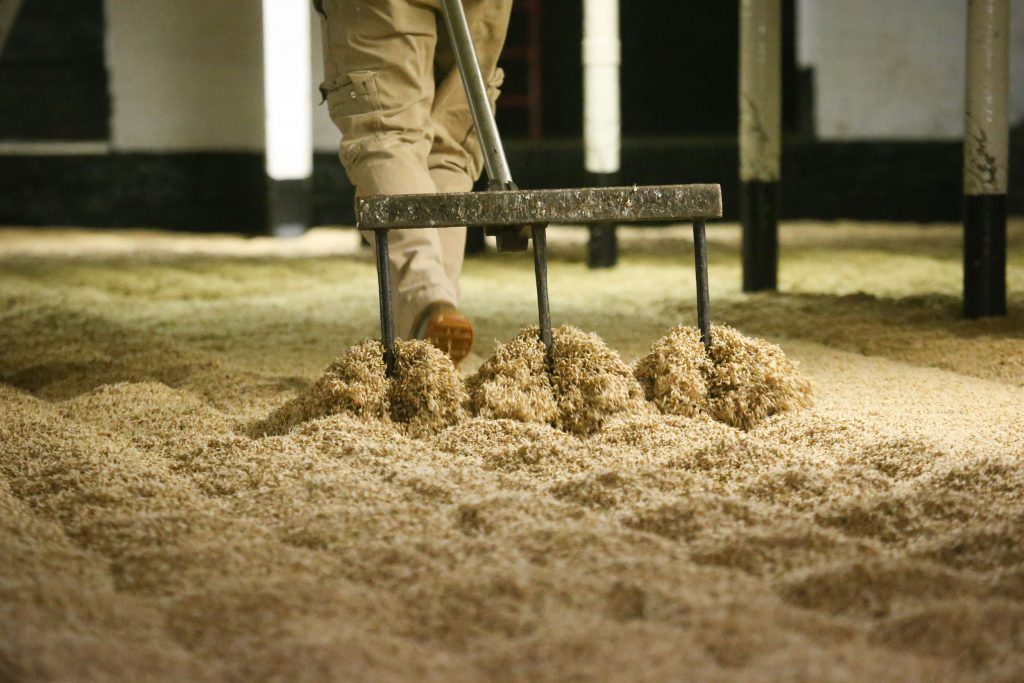 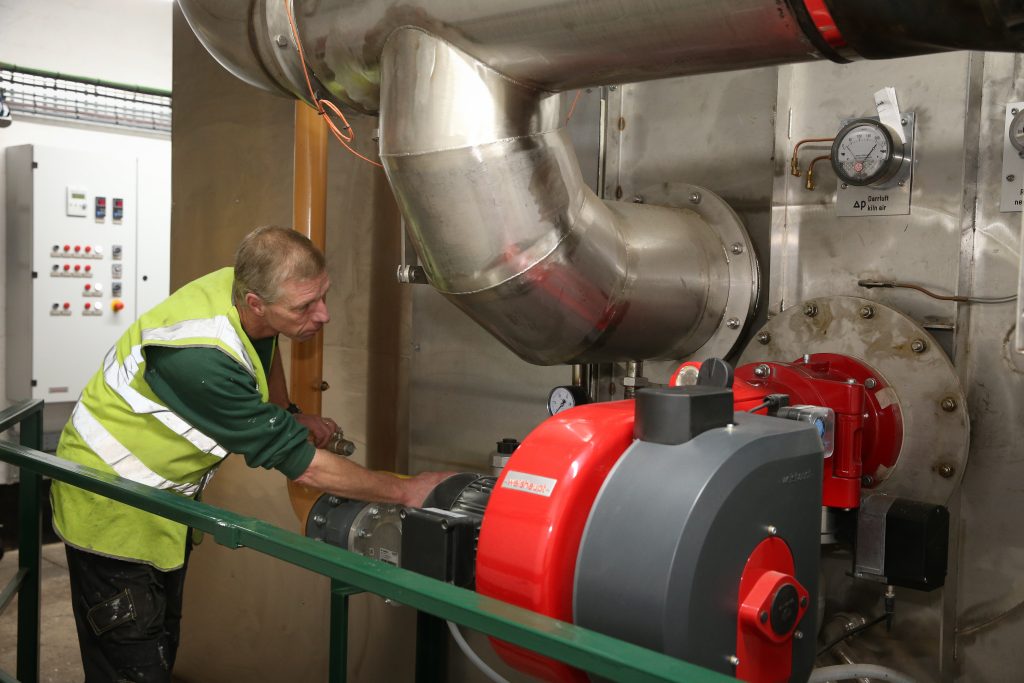 The Country Life editorial sets out to highlight the growing and wider interest in Craft, which, of course, we witness every day. I monitor our customers and sales at the end of every week, and I am persistently adding names to my spreadsheet. I also note that we are benefiting from organic growth (as well as growth in Organics). As I write, there is no question we, and I get the impression our customers too, have all come out of the pandemic a little bit better than we went in. But, that said, I should add, I am not “counting my chickens” just yet! 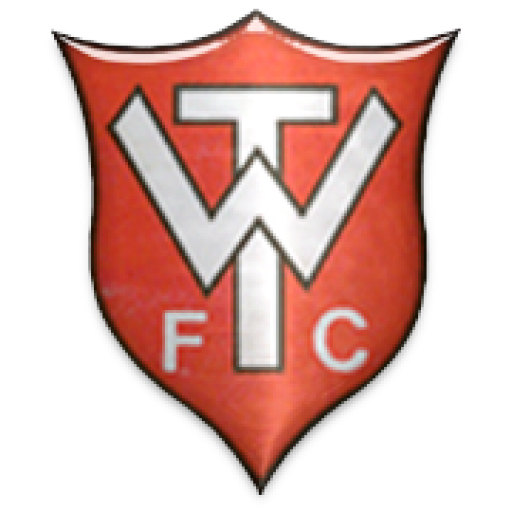 It is a long time since I mentioned them, so it is high time I made amends. We have maintained our sponsorship throughout the pandemic, and are very happy to continue our support for what I like to  regard as a first class community project.

The first team are playing particularly well this year, and commanding good support at home matches. That is, until positive Covid tests amongst the players interferes, and games have to be cancelled! However, from the outset of the season, they have been continually vying with the top 5 teams in the Toolstation Southern League and following last Saturday’s 1 – 0 win against Longwell Green (from Bristol) they are currently in joint 2nd place, with one game in hand.

So well done ‘the Maltmen’, keep up the good work. We draw inspiration from your success, as we too, down at the Maltings, continue to raise our game. We all need to defy everything that has sought to upend our lives these past 2 years, and to also demonstrate whether ‘Maltsters’ or ‘Maltmen’, we are quite definitely a force to be reckoned with!

Keep on drinking…responsibly, of course.