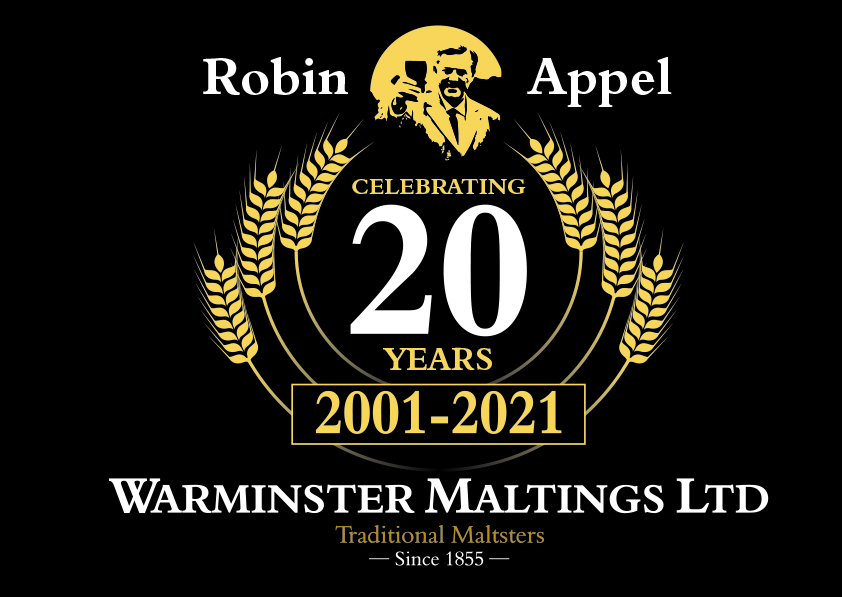 Three weeks ago, on February 13th, I celebrated 20 years at Warminster Maltings. I well remember that afternoon in 2001, sat in my solicitor’s office in Southampton, waiting for the phone call from the vendor’s solicitors in Warminster, to tell me “it’s yours!”

“Yours!” yes, the responsibility for Britain’s oldest working Maltings, at that point, hanging on to life by its fingertips. The infrastructure was minimal, a lot of the machinery was in a very parlous state, some of the electrics were the original and quite frightening, and the buildings were all in a very sorry state of repair. But not anymore!

Within a year of my new tenure, the Chancellor of the Exchequer introduced Small Brewers Relief (SBR), a substantial cut in excise duty for micro-brewers that, overnight, enabled them to sell beer as cheaply as the global brands.

Very quickly, an extraordinary revolution took place across the U.K. brewing industry. Fueled by the already hugely influential Campaign for Real Ale, a whole new generation of Craft Breweries suddenly sprung into being, and the rest is history, as they say.

But, just as no-one saw SBR coming, neither did we predict a pandemic, and ‘lockdown’. My 20 years at Warminster has been bookended by two extraordinary events, the first, which made us, and the second, which has attempted to break us.

However, as we, hopefully, shake off Covid, the Chancellor of the Exchequer is now threatening to abolish SBR! As I stated in my ‘tweet’ of 2 weeks ago, the “adventure…is far from over!”

Even before Britain’s Soil Association announced two weeks ago that the U.K. ‘year-on-year’ Organic sales in 2020 had risen by a huge 12.6%, we have, since Christmas, noticed a surge in enquiries for Organic Malts. These have not just been enquiries from potentially new customers, but also from existing customers, considering brewing Organic beers for the first time. And of the latter group, I am particularly pleased to announce, we have already dispatched the first new delivery of Organic malt.

So, what is going on?

Well, I can only speculate. There is no doubt the pandemic has, for the time being, caused a lot of people to think more about healthier eating…and drinking. 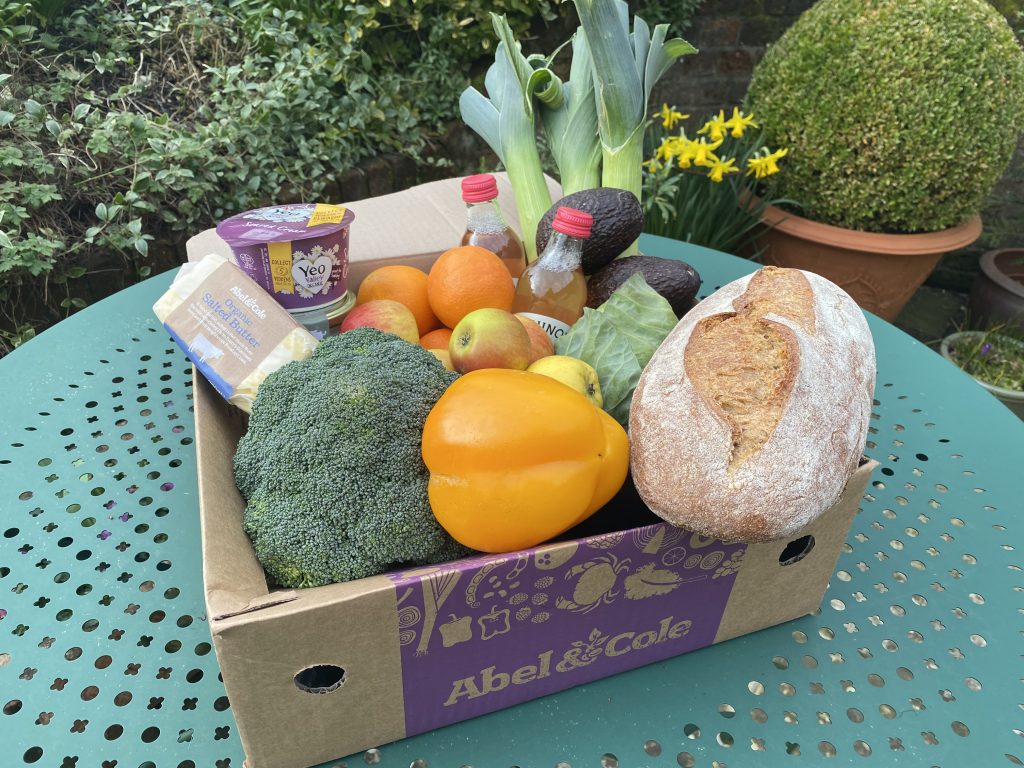 “My weekly contribution to that 12.6% Organic growth”

At the same time, I think David Attenborough’s fantastic Sunday evening television has also caused wide concern over the state of our Planet, from plastics in the sea, to soil erosion brought about by industrial farming practices.

Some of our brewer customers have reported that since they have been operating door step deliveries, they have been surprised at the number and repeated requests for Organic beers. This, of course, may have been something that has been sought after prior to the pandemic, but we can imagine that neither landlords of pubs or multiple retailers were ever likely to pass that information on. Their obsession with ‘bargain basement’ prices always takes precedent.

Lastly, of course, under-employed brewers, it seems, have had time to think about changes in strategy, perhaps to meet younger people’s aspirations, or just to achieve a point of difference compared to supermarket/pub chain brands.

Warminster Maltings is one of only three U.K. maltsters with Organic accreditation, and we have the widest choice of Organic malts available. So, it is a trend we are keen to foster. At the moment, most of the Organic malting barley produced every year in this country, is sold to maltsters and brewers on the Continent, and a significant percentage of Warminster’s Organic malt sales goes exactly the same way. You might agree that it is more than high time for this situation to change.

As long as the vaccine rollout does not lose any of its early momentum, it seems possible we may achieve some sort of amnesty with coronavirus by June. This would suggest that at the Maltings we are going to get busy again in May. It is somewhat ironic that just as we would normally be looking forward to a summer holiday, this year we will be looking forward to going back to work properly.

So, we are cracking on with any maintenance engineering projects that we would normally slot into our summer schedule, when, due to higher temperatures, we cannot work the floors quite as hard as we do in winter. 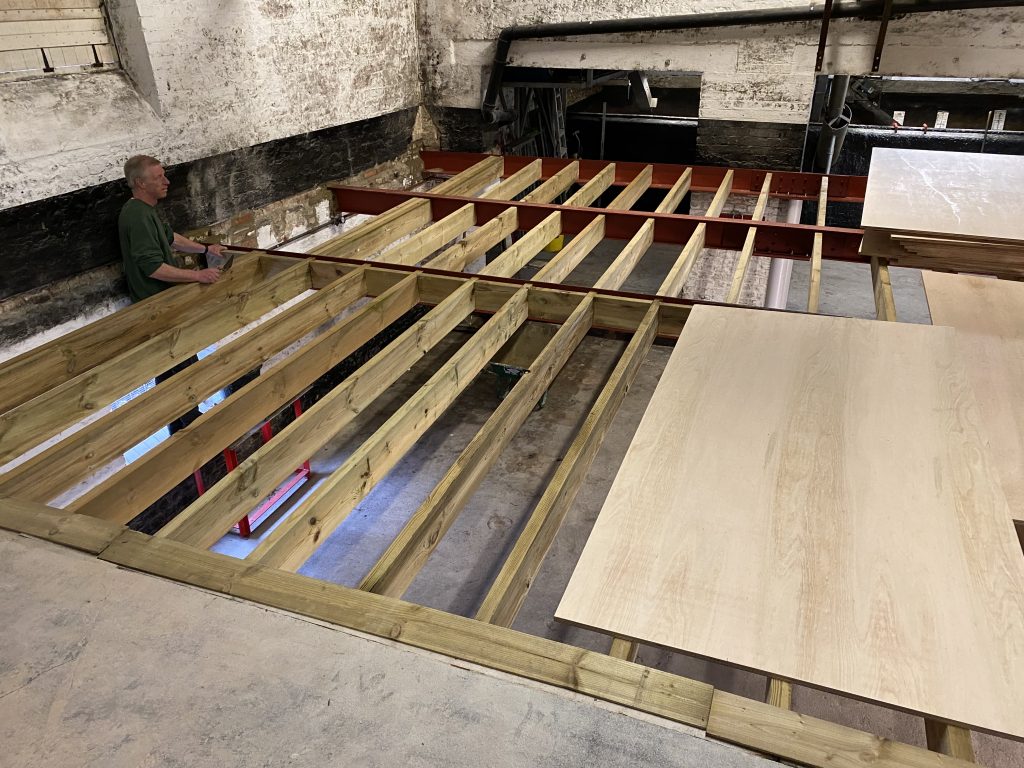 For starters, we have renewed part of the upper floor of Floors 1. Some cracks appeared in the concrete, so we made the decision to take part of the floor down, and re-build it. We inserted new RSJ’s and timber work, and we are just waiting to pump in and lay fresh concrete, and then that should be good for another 100 years!

Our engineering contractors fitted the new metal structures, otherwise we did all the rest of the work ourselves.

We are so lucky to have those skills within the workforce, albeit this was a policy decision we took many moons ago.

We also have two large conveyors that need attention, one requiring a complete replacement. So, we are racing ahead to get all this work done. It is almost like preparing for a new ‘opening’, which, of course, it almost is. After all that we have had to go through, it really is exciting. I just hope beyond hope that this time, this does not turn out to be another false dawn.