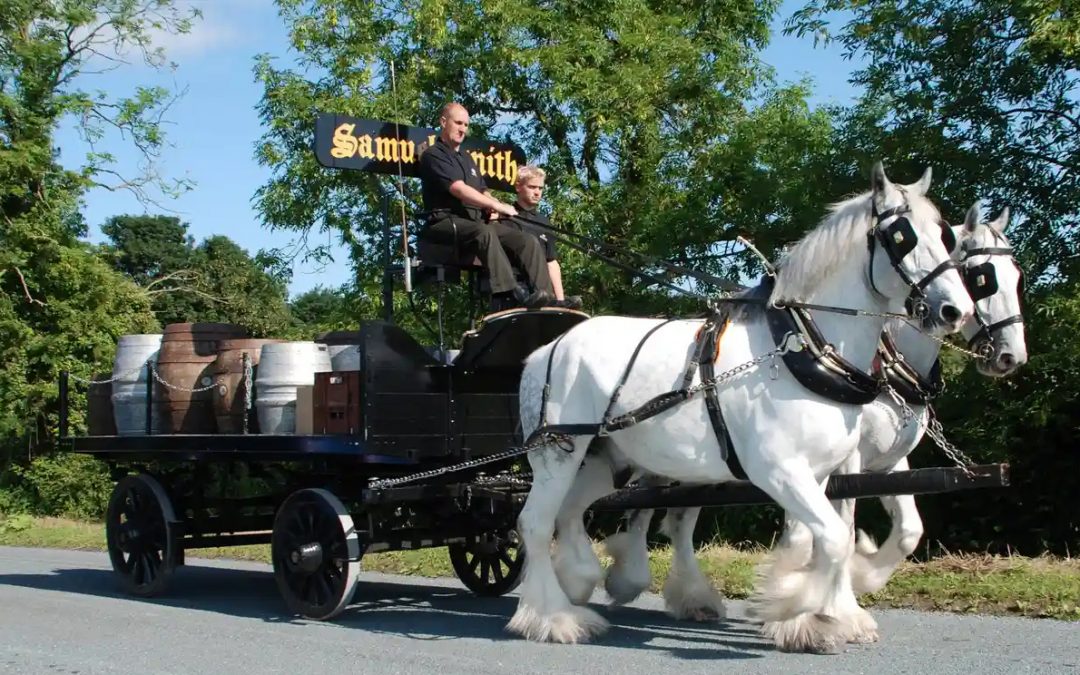 I have now been the custodian of Warminster Maltings for very nearly 20 years, and in that time I have never been away from it for more than 2/3 weeks. Suddenly, it is already 8 weeks since I last drove away from 39, Pound Street, albeit, I talk to my colleagues at the Maltings everyday. I suspect it will be even more weeks before I am able to return. But, of course, there has been a lot of changes there, but not the sort of developments I ever imagined reporting in this newsletter.

Following our Prime Minister’s announcement, back in March, that all Pubs, Bars, Restaurants and Cinemas had to close, you will not be surprised to learn that our malt sales fell off the proverbial cliff edge. Our bank was very quick to offer us financial support, if and when we needed it, and we took up their offer based on projected sales of just 20% of turnover for the next 6 months.

Three weeks later, a national survey of the Craft Brewing sector (www.siba.co.uk), concluded that across the country as a whole, beer sales had dropped by a whopping 82%, which supported our original worst case projection.

We have had to furlough 7 staff (of 17) in order to both respect ‘social distancing’ instructions, and leave enough to do for those remaining at work. We continue to make malt, but only at 25% of capacity. Most importantly, we are able to respect all government guidelines, and remain open for business! We are classified within the “key worker” category (food and drink), and all our staff, so far, remain safe and well. Equally important, those that are working are all happy to come to work each day. Warminster Maltings lives on. 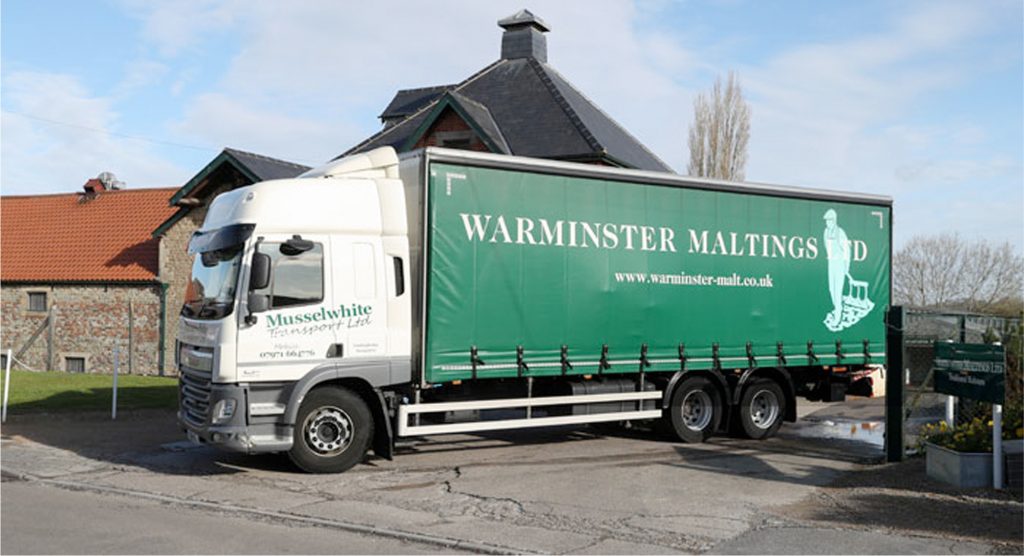 Orders for malt continue to come in, and, I am pleased to report, at a little better than the 20% projected at the outset. Some of our customers have capitalised on the overwhelming demand for canned and bottled beers by the supermarkets. Others have re-invented their business and developed very successful ‘home delivery’ arrangements, and amongst these several have made newspaper headlines and on to the television news. You cannot get away from it, we British love our beer, and even more so when the sun is shining. 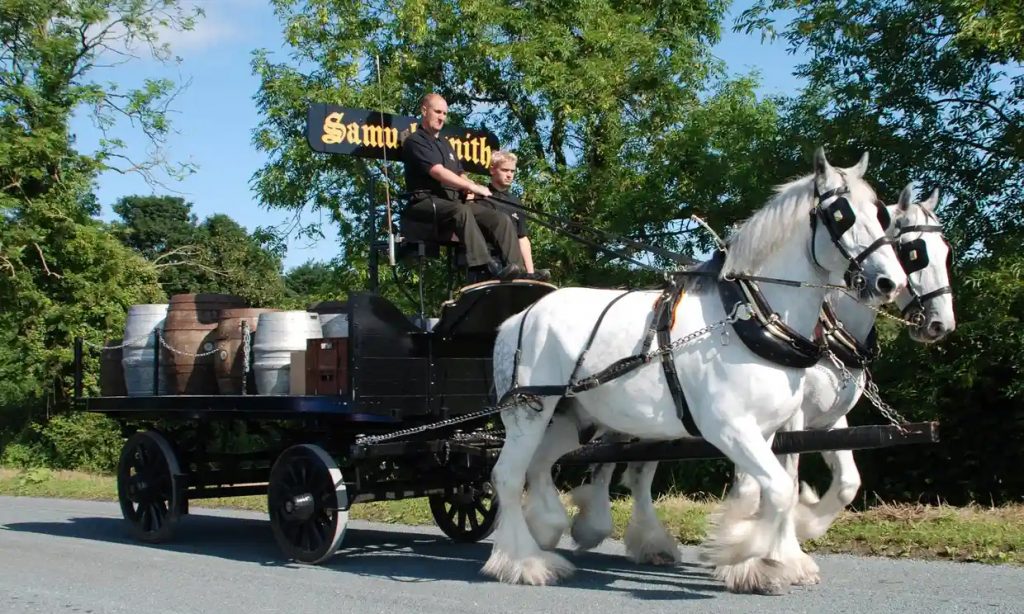 While thanking all those brewers who are able to continue supporting us, I think we need to recognise that this is unlikely to be just a temporary fix. There is everything to suggest pubs etc. are going to remain closed for a very long time. It is even suggested in the press that when pubs do re-open, if ‘social distancing’ measures are still recommended, these will not be practical in many establishments. Added to that, commentators suggest people will initially be frightened to go into a pub for a little while. So, Craft Brewers who have shut up shop for what they might have imagined was just for a few weeks, may need to review their situation

And I am pleased to report that there are some that are already doing this! We have customers who are re-opening their breweries, encouraged by what they see others have achieved. Not only that, we have two ‘new build’ projects who have opened, straight into the ‘home delivery’ market place! Surely if they, without any brand loyalty, can do it, probably a lot of others can too.

One of our customers has even gone as far as to say that they are making more money now than they ever made selling to pubs. I am not surprised – they have become retailers as opposed to wholesalers. For my home deliveries, I am paying as much money for 24 litres (48x500ml bottles) as some brewers might be selling 80 litres (2x40L casks) to pubs. Perhaps this is the new path for Craft Brewers, after all they can probably do this completely free of any competition from the ‘big brands’!

Let me point out, if you are being deprived of your beer, or would like to experience something a bit more special than the supermarket offerings, you can either access CAMRA’s online platform www.camra.org/pullingtogether or from the 6th May, CAMRA are launching their Brew2You app, both of these allow customers to search for local beer supplies, both click and collect, and delivered to your door. Do try one or other, and help to keep our Craft Beer sector going.

Doubtless, as the weeks and months roll forward, like many other commercial sectors, other innovative trading patterns will also evolve. And on the back of this, Warminster Maltings will continue to roll on.

The incessant winter rains eventually gave way to give us the desired Spring sowing weather, and barley has all been planted within the acceptable timeframe to produce quality crops. On our website we are now following a crop of Spring malting barley planted on the edge of Warminster at Norton Bavant. This is a crop of a variety called Planet, a popular brewing barley, and the farmer, Matt Fry, is going to keep the crop to one side after harvest, so that it can be made into malt at Warminster, and, hopefully, end up in a range of local beers.

But before that, we could still have 5/6 months of 2019 crop barley to use up first. Not just us at Warminster Maltings, but right across the whole of the UK malting industry (2 million tonnes barley per annum)! This presents a huge problem for many farmers who grow malting barley in the expectation that it is taken into the Maltings immediately after harvest. Of course, the farming clock stops for no man!

My grain company (Robin Appel Ltd) has already secured substantially increased grain storage capacity in order to address the new harvest logjam, but this will add extra cost. Luckily, the UK malting industry is a very small group of less than a dozen companies, all of whom are very focused on the longer term, and the protection of their barley producers. So fear not, every effort will be made to marshal and protect our malting barley supplies going forward. All part of a combined effort to protect your favourite pint, even if it now has to be delivered to your doorstep!

I wish I knew! Even our Prime Minister, and his brilliant advisers, in their carefully measured responses at the daily Downing Street Press Conferences, sensibly avoid making any forecasts. For my part, this ‘Friends Newsletter’ will continue, every other month, to report ‘the here and now’.

Once upon a time (it seems like that now), we did have ambitious plans at the Maltings for this year, including continued improvements to the infrastructure. We also had everyone and everything in place, to commence in April, the final restoration project of our Grade 2* listed buildings. All of this, of course, has had to be put on hold. But once we get back into full production, we will be setting about this again with renewed vigour and urgency! Meanwhile, like the rest of the world, we just have to be patient.

So, for the time being, please stay safe and well.