It’s All About the Malt!

Warminster Maltings’ annual Harvest Review attracted nearly 70 brewers from across the country, who were welcomed by chairman, Robin Appel. Robin explained that he felt it was ‘the duty’ of Warminster Maltings to stage this annual review, because each harvest delivered different traits. Not all barley varieties performed the same in any one year, and of course barley varieties continued to come into and go out of production. “Malts are not widgets” he said, and as malt was the single most important ingredient in beer, he felt a wider understanding of next year’s malt supply should be an imperative for all brewers.

Jonathan Arnold, barley director at grain merchant Robin Appel Ltd, rounded up the Harvest Review by first describing the Winter barley crop. Farmers had harvested the biggest overall crop and individual yields that the industry had seen for a very long time. This amounted to a small surplus of Maris Otter barley, the first time in the last 25 years, and a small correction to the 2016 plantings had already been actioned to compensate.

The Spring barleys had also yielded well, but interruptions to the harvest by heavy rains had impacted on quality, and it remained to be seen how the germinative capacity of the barley in store would hold up as we go through the winter.

Tim Hampson delivered the keynote address following lunch, when he argued for brewers to do more about extolling the virtues of malt. He understood why it was easier to describe the varieties and attributes of hops, but malt was the ‘heart and soul’ of the beer, it was high time that brewers started to do more to underline this point.

A back-drop to this event was the previous day’s final round of judging of the Great British Barley Competition for growers of Maris Otter barley. This was part of the year long celebration marking an unprecedented 50 years of continuous commercial production of the revered barley variety. It offered the brewers the chance to examine the barley samples of the 15 finalists, and by way of a complete coincidence, to also see the winning barley ‘in process’ on the germination floors! It all served to underline the superior quality of Warminster Malt. 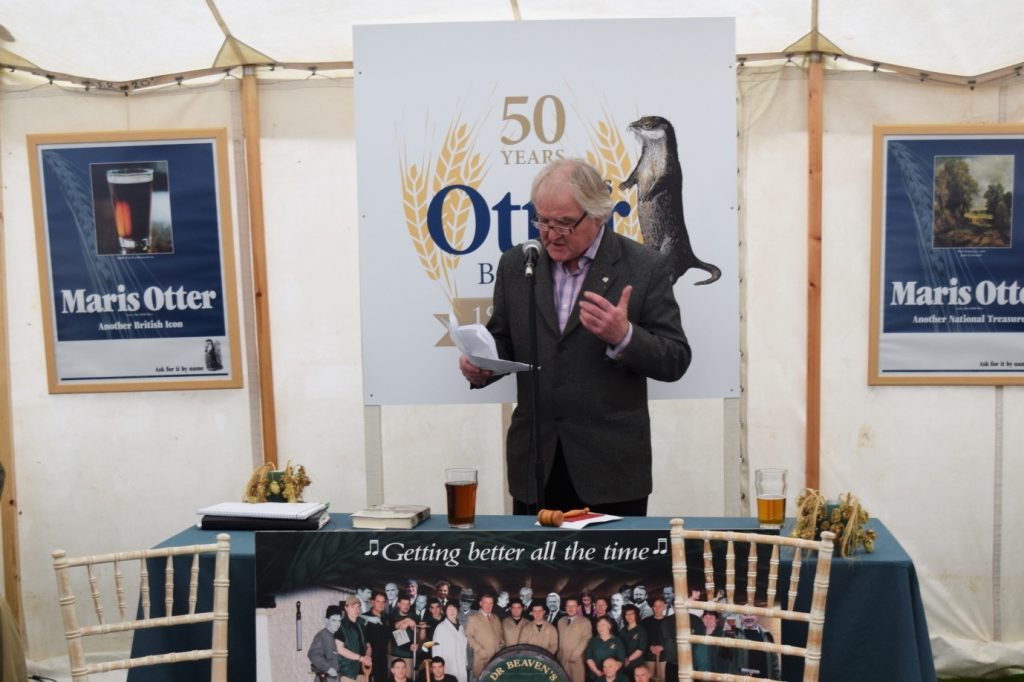