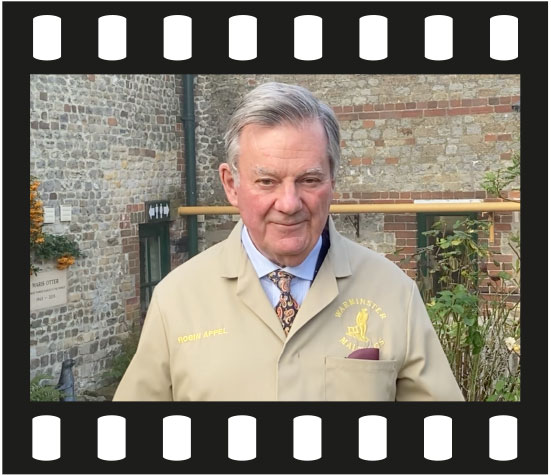 Our weekly order book is back into struggling mode again, while brewers fall back onto online sales. As one brewer advised me: ‘fireside’ consumption favours higher strength, and (unfortunately for us) less volume! If you have not already caught up with this, this has precipitated some “special offers” from some brewers. It is worth taking a look.

Meanwhile, at the Maltings, we are obliged to take advantage of the furlough scheme, again, keeping our maltsters apart, as half the staff do an a.m. shift, and the other half a p.m. shift. But we are led to believe two things: the R number is coming down, and this lockdown is definitely time limited. So we should soon be busy once more, we hope, making ready for Christmas! But for the time being…

…We are in the Film Business

We are in the process of creating, and hope to shortly add, a virtual tour of our Maltings to the website. We will let you know when it is released!

It will, quite deliberately, only be a very short film, about 4 minutes long, but it aims to capture, and attempts to explain, the whole process, start to finish. So, shortly, there will be a much safer alternative to the actual tour, for which we have become renowned. No more the need to negotiate those awkward steps, wet floors, low ceilings and sharp pieces of metal infrastructure which prod you in the ribs. Instead, you can now select a comfortable chair, grab a glass of beer, and quietly remind yourself on screen just how the brewing of that particular tipple most probably began.

We are in the final stages of editing, with much footage on the cutting room floor, so to speak. The plan is, another day, to use this film to go on and make other bespoke films for our customers. The idea is for me to take our customer on a tour, when we can create additional footage as we observe the process, and both interact. This new film can then be material for our customer’s own website, visitor centre, or however they wish to use it.

Back to your armchair, if it is a large glass of beer you have poured for yourself, you might like to also watch another film linked on the Home Page of our website.

This is a very amusing production, sponsored by the Brewers Society, made in 1973, and found in the East Anglian Film Archive. Titled “I Know What I Like”, and starring the comedian Bernard Cribbins, it is the story of how beer is made, with Bernard playing all the parts, including the ‘floor maltster’! There is no doubt it was originally an attempt to sell the virtues of modern industrial brewing, as opposed to the traditional process. Today, of course, it does the complete opposite!

You’ll find the clip at www.warminster-malt.co.uk

I should add, Bernard Cribbins’ take on a floor maltster, really belongs to the 1950’s. We do not employ anyone at Warminster Maltings today who either looks like, dresses like, or even talks like Bernard does in the film, but…we do still use the same tools! 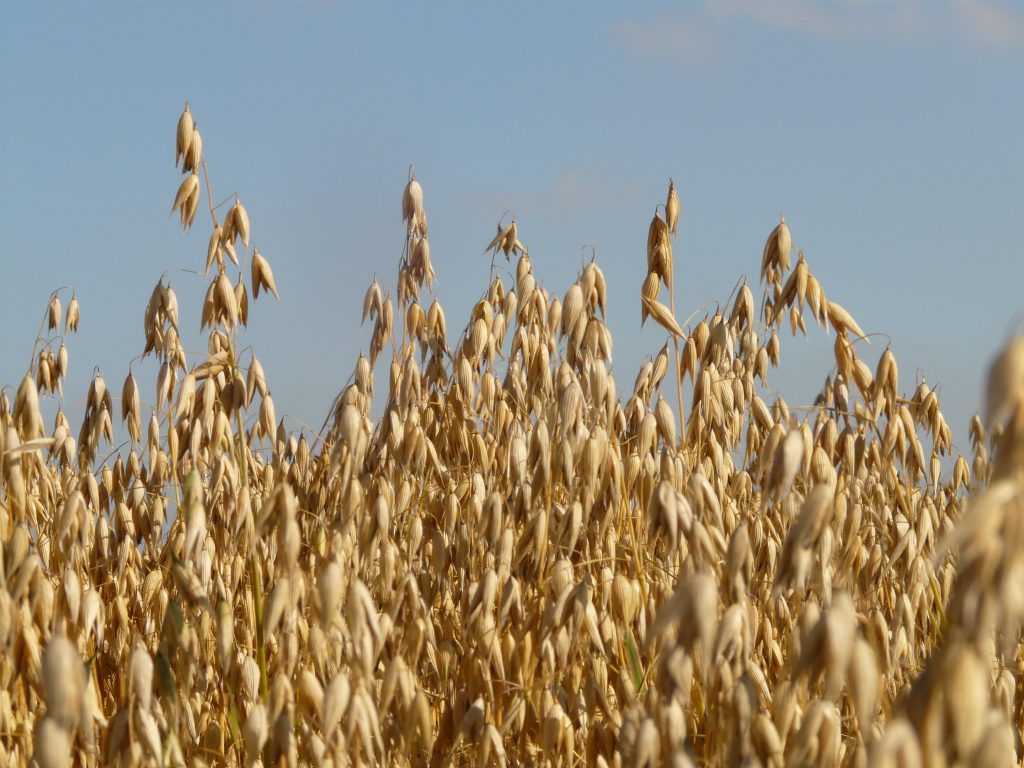 We hope we are going to start making Malted Oats, something we have not done before. We already Malt barley, wheat and rye, but due to increasing demand, we are going to have a go at making Oat Malt.

It all began with a commitment I inherited, to make a couple of hundred kilos of malt from a heritage variety of oats for a research project at Dublin University, where they are going to try and recreate some Tudor ales. Then we received a request to make x3 whole batches (24 tonnes) of oat malt for a single customer. So, “in for a penny, in for a pound”, as the saying goes. Since then, we have had even further enquiries – it is almost as though our thoughts and intentions have gone viral. Well, they certainly will now!

News of the Brews

Harvey’s iconic Victorian Brewery in Lewes, Sussex (www.harveys.org.uk), does not buy a lot of malt from us, but from that which they do take, they produce some particularly spectacular alcohol. Miles Jenner, Head Brewer and joint Managing Director, describes this year’s ‘Southdown Harvest’ ale, as “sublime”!

Well, I’m not surprised to hear it is a bit special, because it is not only made from Warminster Malt, but Warminster Maris Otter Malt, and what is more, Maris Otter grown on Edward Tupper’s farm near Petworth in Sussex. A rich combination of Sussex barley and Sussex hops, Harvey’s own well water, and their 60-year-old yeast. You really can’t beat that, a truly local, and sublime, Harvest Ale!

But it does not stop there. An earlier batch of the same malt supplied by us to Harvey’s back in February, was made into a ‘brewers wash’ at the brewery, then sent away for distilling. From some of this, a clear malt spirit has now been bottled, labelled “Spirit of Sussex”, and is now on release. The balance will, in 3 years time, become Harvey’s “Sussex Single Malt Whisky”.

We are very proud that Harvey & Son have chosen Warminster Maltings to be a part of this new and exciting dimension to our alcohol marketplace.

P.S. If you would like a virtual tour of one of Britain’s most traditional breweries, then I can thoroughly recommend going to Harvey’s website, and taking the tour, conducted by Miles Jenner himself. Like the beer, it has been wonderfully crafted.

Thrills from the ‘Stills 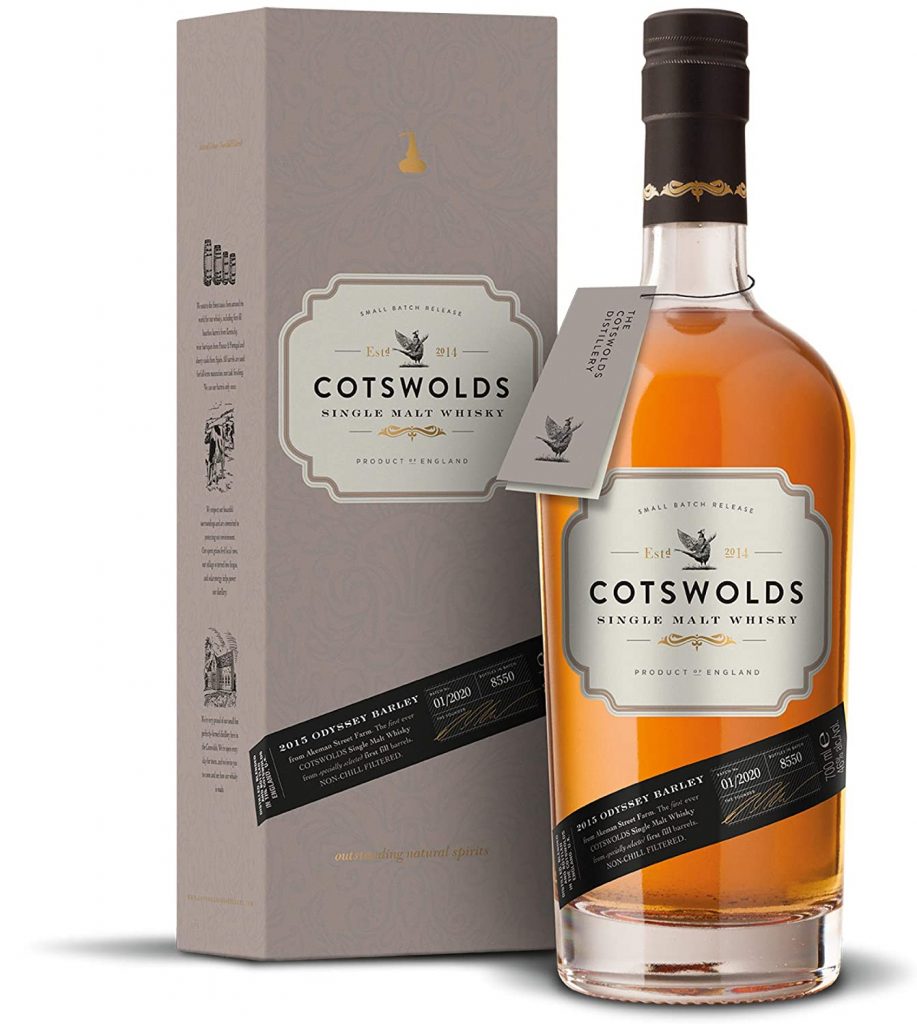 And there is even more for us to shout about. The Cotswolds Distillery (www.cotswoldsdistillery.com), whose malt is all made at Warminster, have just launched their Cotswolds Single Malt Whisky nationally with Sainsbury’s. Daniel Szor, Cotswolds Distillery’s founder, is justly very proud of this, because this is the first English whisky to achieve shelf space with this particular grocer. I should point out this whisky is already available nationwide from both Majestic Wine and Waitrose.

So we congratulate Dan and his team on another major ‘breakthrough’. Since opening 6 years ago,  Warminster Maltings has supplied Cotswolds Distillery with all their malt, and we have continuously observed the huge investment and enormous amount of hard work which has gone into delivering this superb whisky, which, quite rightly, is now really beginning to impact the market place. Again, we are particularly proud to be a small part of this story. We just say: Scotland beware!

P.S. Tours of Cotswolds Distillery are up and running again, and also highly recommended. But you need to book in advance.

Last, but far from least, “The Maltmen” have been playing some very good football this season, maintaining position close to the top of the league – 5th at the moment, and only 3 points behind the leaders. Their last match, two Saturdays ago, was against Devizes, who are sponsored by Wadworth Brewery. So, from the outset, this match was seen as the local ‘El Clasico’ event, the Maltsters versus the Brewers. Warminster won 6 – 0, so the outcome was dubbed ‘El Maltico’!

It might be dangerous for me to suggest this, but I wonder if, unconsciously, ‘the Maltmen’ are being spurred on by the ladies team? You see, the question our high scoring lady footballers ask themselves each time they walk out onto the pitch, is not whether they are going to win or not, it is by how many goals are they going to win? Their top score so far is 15 – 0! They are also top of their league. This cannot possibly have gone unnoticed by the chaps.