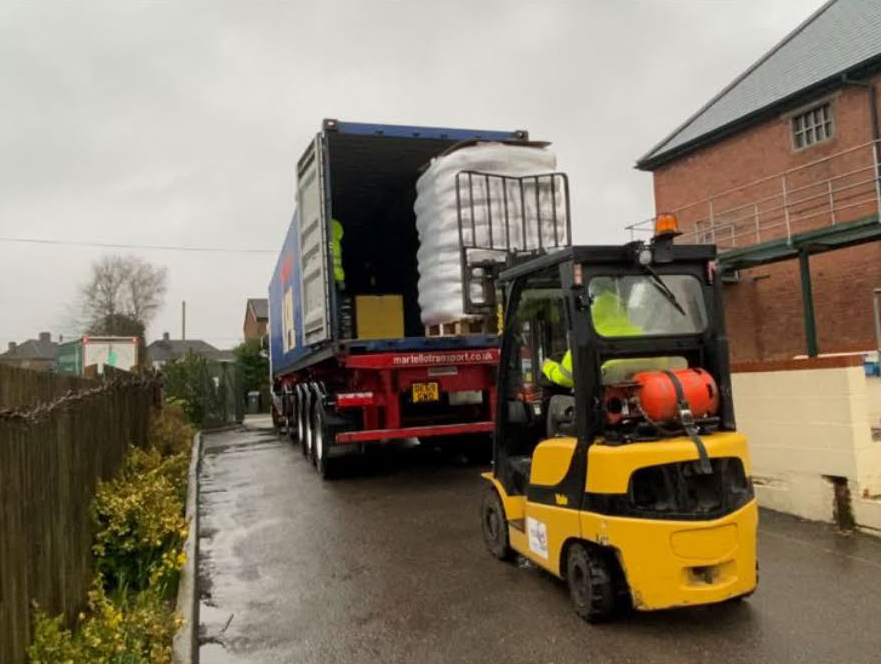 Storm Ciara obviously received word that in three or four months time we planned to replace the dilapidated roofs of the former coal fired kilns 3 and 4. So on Sunday evening, 9th February, ‘she’ decided to give us a helping hand. ‘She’ stripped the northern slope of kiln 3, clean off, all the tiles and the battens. But unfortunately, dumped it on the metal roof next door, severely buckling many of the roof panels. 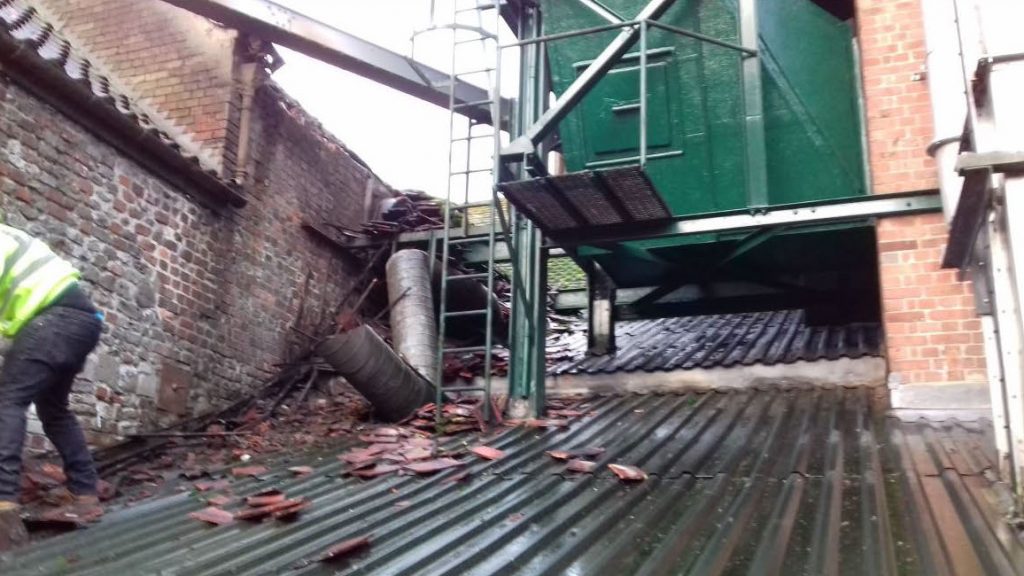 One of our maltsters was ploughing the adjacent floor when it happened, and he reported it sounded like a bomb had exploded – one enormous bang! Our roofing contractors, Chalke Valley Roofing, from Salisbury, very quickly came to our rescue and made the roof weather proof ahead of Storm Dennis.

The Maltings has survived far worse in it’s time, but if we are to be continually ravaged by these Atlantic storms, thank heavens we have done so much to protect our structures already. As I indicated in the last Newsletter, this last roofing project is all good to go, Storm Ciara was just a little premature in ‘her’ intervention. But hopefully by the time Storm Willow arrives, all this work will be done.

ALL CHANGE FOR CLIMATE CHANGE 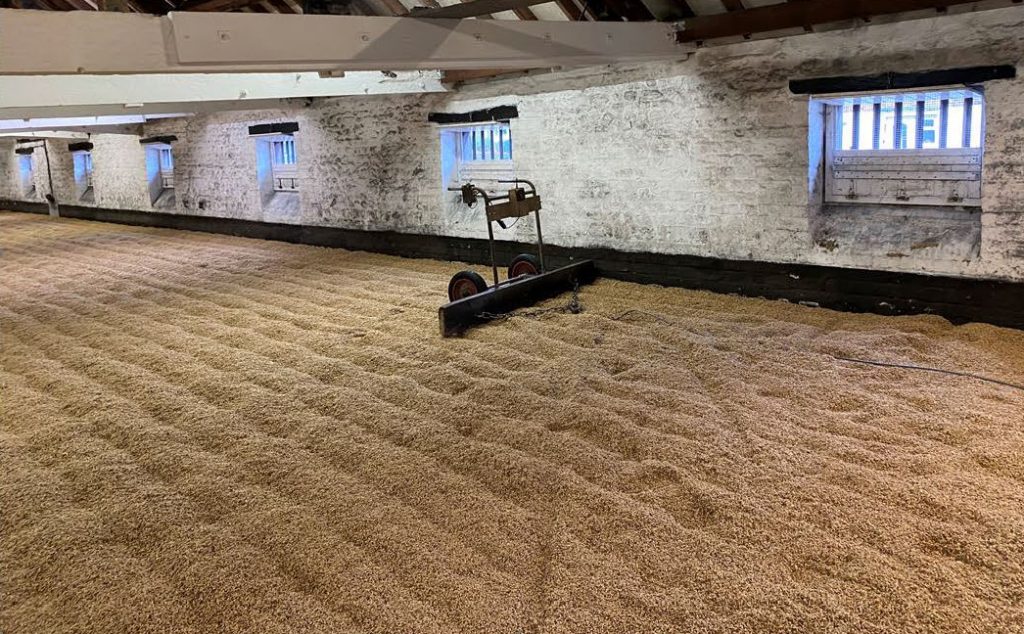 But hats off to our team, they are more than up to the challenge, adjusting their practices on a daily basis. For anyone who has spotted the lights on in the malt houses at 2.00am, this is because ploughing of the floors has been necessary at that time in order to keep the ‘modification’ of the green malt perfectly on track.

100 years ago, the problem would have been all about how to keep enough warmth in the maltings. That, despite four coal fired kilns, sat firmly amidships, burning flat out 24/7. When the warmer weather came along in May, of course, these kilns would then have made the temperatures on the floors quite untenable. That is why, in those days, production then stopped, and did not restart until October.

Today, we have to maintain production all the year round…and just get used to opening and shutting those windows on a daily basis!

When I first arrived in Pound Street in 2001, street parking alongside the Maltings was never an issue. I could park where I like, when I liked. Not anymore!

It was 4 or 5 years ago when we had to request restricted parking (single yellow line) on the front of Pound Street, in order to load lorries and maintain access for our fork lift trucks. Now, all manner of cars and vans are parked all day and again all night on the opposite side of the road. Some mornings our HGV’s cannot get up Pound Street, and if they can, sometimes they cannot get back down again. It is all down to thoughtless parking of vehicles, without any regard for the restricted access this creates.

Regardless, we feel we have to do our bit to overcome this congestion, so we have dug out the grass bank along Cobbett Place, moved our boundary fence just inside the edge of the pavement, and created 10 car parking spaces on our property. We would like to think this will alleviate the problem of parking on the street. But I suspect it won’t. In time, it will just ‘suck in’ another dozen vehicles from nearby streets, desperate for somewhere to park. If so, that will probably mean we have to resort to more yellow lines! 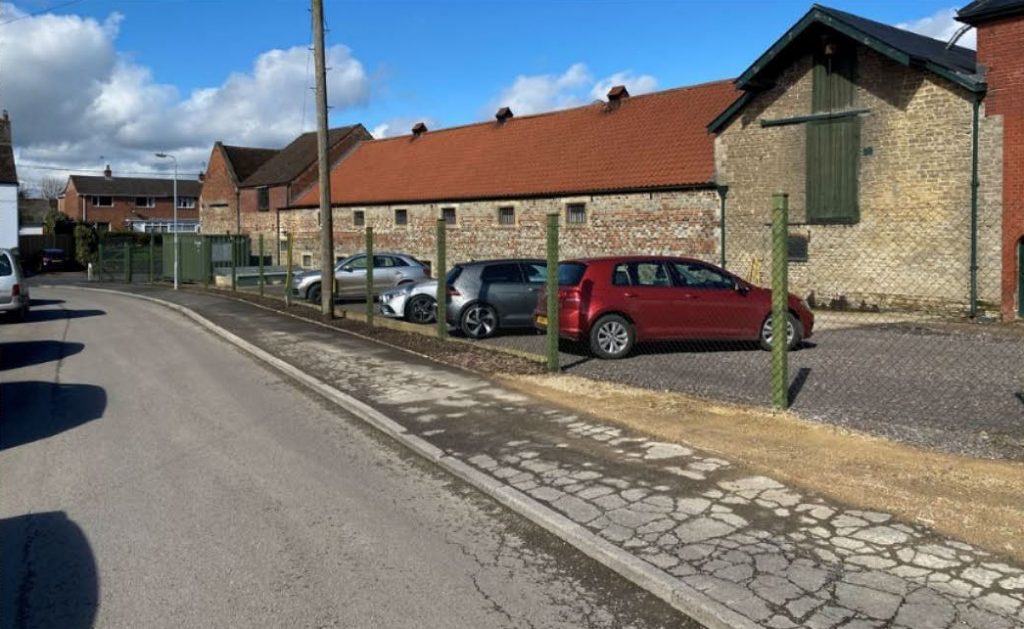 DEMAND ACROSS THE POND

January and February are traditionally quieter months for malt demand, and this year has been no exception. But March is turning out to be particularly busy. As well as a larger than previous month’s domestic demand for malt, we are loading 5 containers for the US craft beer market. American craft brewers like Maris Otter barley in particular, which they can only buy as malt from the UK. The craft beer market in the US continues to claw in an expanding market share.

American beer lovers are very keen on British beer styles, in particular India Pale Ale (IPA) and Mild Ale (both of which they prefer to serve straight from the fridge!). So it is not surprising that in order to replicate these, they feel they need to indulge themselves with the authentic malts. And “indulge” must be the right word, because by the time these malts reach them, they are far from cheap.

Anyway, ours is not to reason why, ours is to join all our fellow UK maltsters in helping to satisfy this demand. We just hope that Mr Trump does not confuse malt with ‘single malts’, which he is currently penalising. On the other hand, some of the Distillers who produce the most iconic single malts, say Mr Trump’s intervention has only served to fuel demand! So perhaps we shouldn’t worry, either way. We will just go on gratefully accepting the orders, when they come along.