We’re delighted to introduce you to Dr Rob Kennedy who joined us at the beginning of December as Quality Manager.

Rob is bringing a wealth of experience gained working in and managing beverage laboratories, including soft drinks, beer and cider and also microbiology and Phys-Chem laboratories. Rob is a trained auditor with an extensive knowledge of product safety and production. In his previous position he was responsible for technical laising with most major retailers and ensuring compliance to various quality standards

Having been born and raised in Sunderland his first position in the Brewing industry was as Microbiologist at Vaux Breweries and his first experience of malt analysis came within 2 years when he became Laboratory Manager.

In addition to day to day quality control and analysis, Rob has undertaken a review of our Quality Systems, HACCP and Assurance scheme. His duties include testing all purchases including micro-malting of barley prior to delivery into the maltings and he’s currently helping to implement our new production control system, due to go live shortly.

Rob is Lead guitarist in a popular local Rock and Blues Band and has recently taken his home brew kit out of the attic and is having fun creating new recipes with Warminster Malts ! 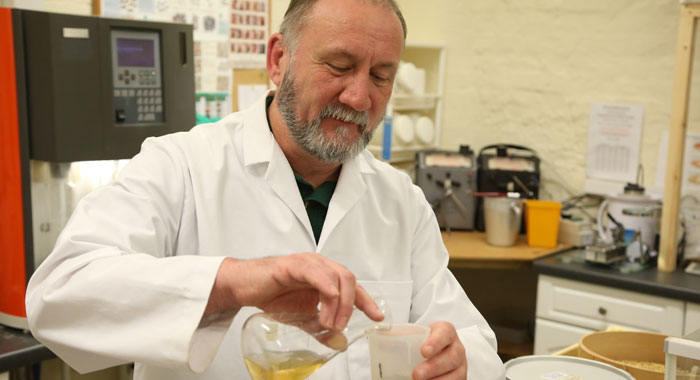