Warminster Malt has once again just scooped the ultimate brewing accolade by being the malt of choice for this year’s Supreme Champion Beer of Britain, as judged at the Great British Beer Festival at Olympia on Tuesday 6th August. Surrey Hills Brewery, of Dorking, a long standing customer of Warminster Maltings, took the prize with its Best Bitter “Shere Drop”. This beer is described as “a clear golden ale with an outstanding taste of toasted grains, and fairly restrained hop. Lightly bitter.”

But this result was better still, and something of a double celebration, because the barley variety that produced this particular malt is the world famous variety Maris Otter, owned and managed by Robin Appel, proprietor of Warminster Maltings Ltd.

This is not the first time Warminster Maltings has triumphed at the Great British Beer Festival, they have been the malt of choice for the Supreme Champion Beer of Britain twice before, in 2008 when the Hampshire based Triple fff Brewery won with their beer “Alton’s Pride”, also made from malt made with Maris Otter barley, and again in 2011 when the Mighty Oak Brewery from Maldon in Essex won with a beer named “Oscar Wilde”.

Robin Appel was delighted to have pulled off ‘the double’ once again. It all serves to underline the outstanding quality of the malt still produced in Warminster, in Britain’s oldest working Maltings. The plan now is to get some “Shere Drop” home, to be served in Warminster, so the townspeople can all taste and toast the success of Warminster Malt. 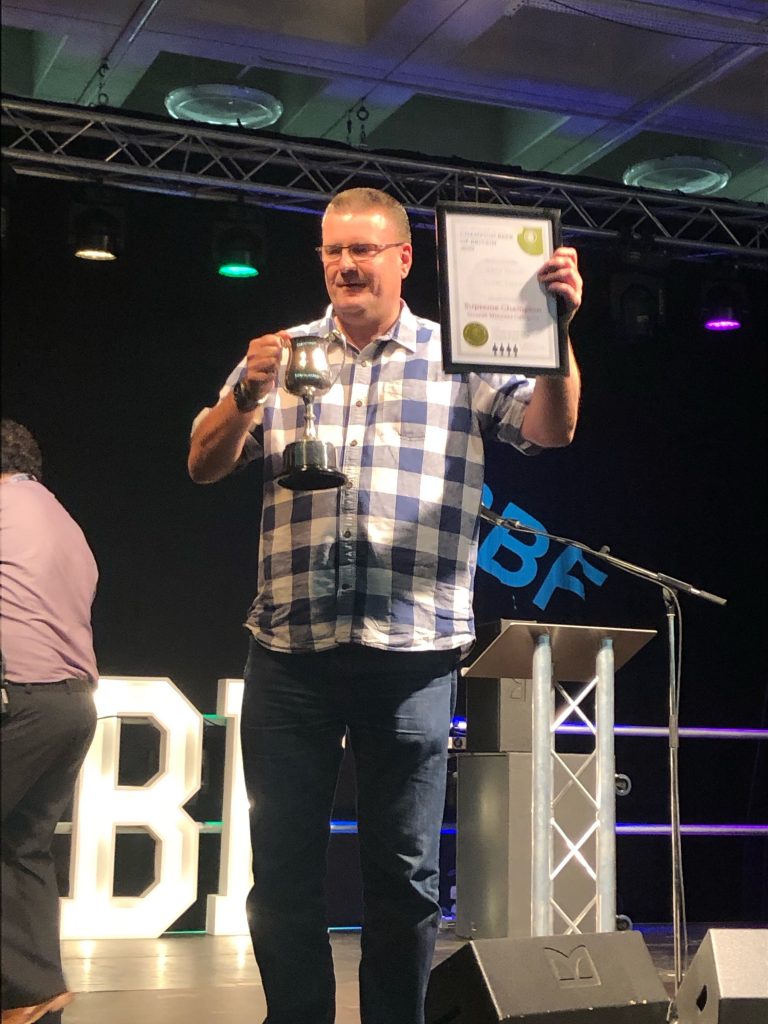